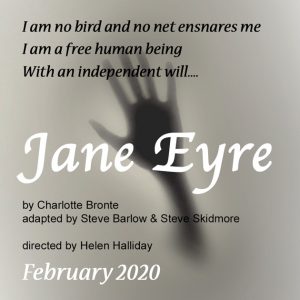 The story: The play is set somewhere in the north of England, in the early nineteenth century. It tells of Jane’s childhood at Gateshead Hall, where she is abused by her aunt and cousins then banished to Lowood School, where she finds friends and role models. As an adult she finds employment as governess at Thornfield Hall, where she falls in love with her mysterious employer, Rochester, a man haunted by his difficult past. She has to escape and finds her way to Moor House, where she runs the village school and is proposed to by her clergyman cousin, St. John Rivers. But finally she is reunited with, and gets married to, her beloved Rochester. 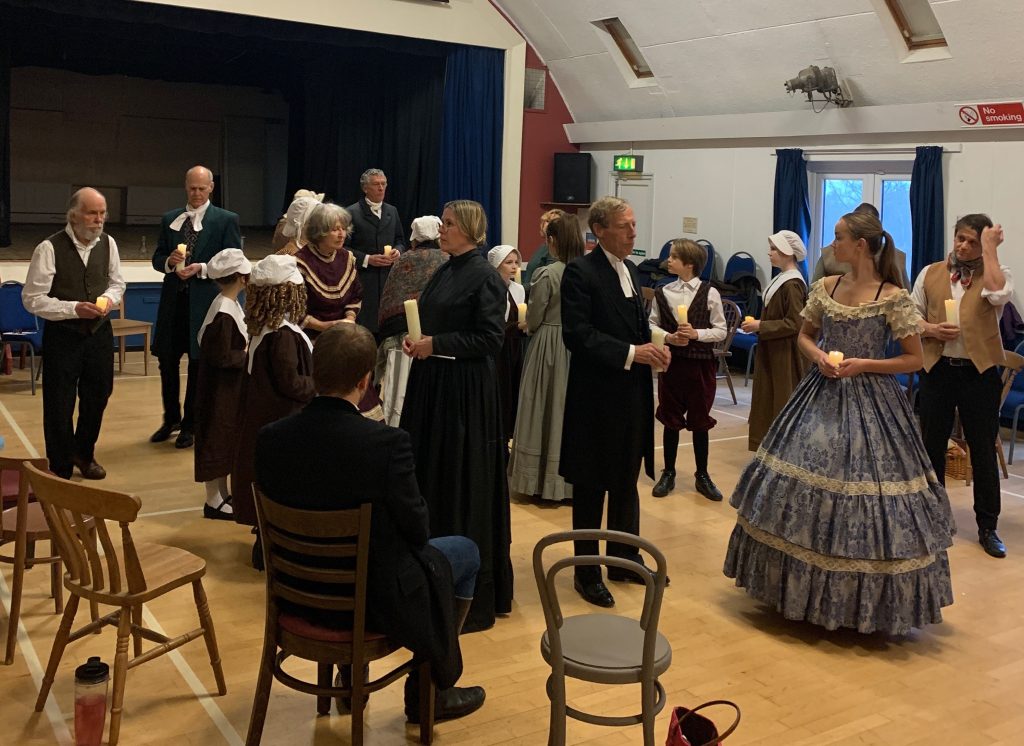 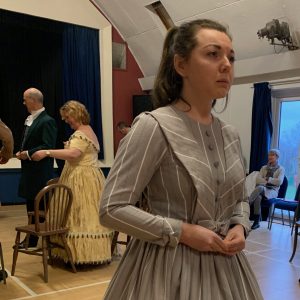 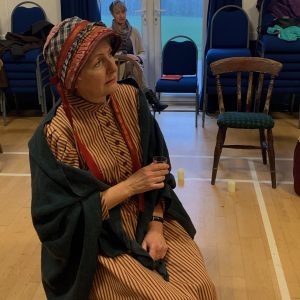 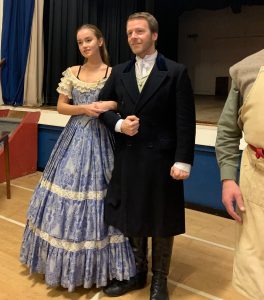 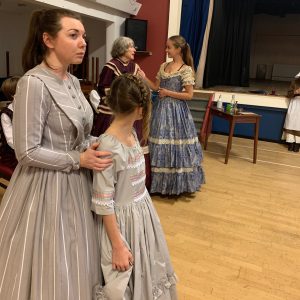 “I just wanted to add my congrats to Helen and all the cast for what probably, I would say, is our best ‘Wateryard’ production to date. And it was great to see such an enthusiastic spin-off from the Community play and the enthusiasm of particular families involved.”

“Just to say thank you for the ticket for Jane Eyre, and to let you know how much I enjoyed the performance.  I thought the design was imaginative, and served the needs of the play perfectly, and I thought there were some very strong performances, especially, of course, from the two leads, but they were very ably supported.  The costumes also looked wonderful, and I always think that helps the cast to get into the skin of their character. So, congratulations all round, really, but especially, of course, to Helen Halliday.”